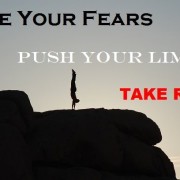 november 2013 I have subscribed to the newsletter from Norman Hallet of the Disciplined Trader, and every week he has a 4-minute videomessage about trading. He usually has a message to think about. Similarly this week. He mentioned one of the quotes of Warren Buffet:

With forex you lose money!

To increase losing money you should be aware of your risk management. Don’t risk more then 2% of your account per trade.

I often see multiple opportunities, also on one currency. That’s also risky to have more trades of the same currency. So spread your risk to trade different currency’s. Also limit this risk to find the A-trades. Ask yourself: Which trades have the most chance to be profitable?

Last week I saw a lot of opportunities. I couldn’t controle myself to take not so much trades at one time. Suppose I fail to make some money with (I hope winning) trades? Usually I make pending-orders. My excuse this time was, that I thought that 1 or 2 trades would pick the target next day. So with these 2 new trades it wouldn’t be a problem.

The result was that I had 5 trades and 2 pending-orders. I cancelled those 2 pending-orders because price turned the other way. The two trades didn’t reached the target, I hoped. 2 trades of the 5, were really no A-trades. These trades are for several days, negative trades in a sideway market. I’m very curious to know how it turns out. I believe in 1 trade, I don’t believe in the other trade. So I try to limit my loss on that one. That these aren’t A-trades, I just realized after seeing this videomessage.

By the way, it is nice the way Norman Hallet always finish his message: “Stay disciplined” and that, of course, it’s the way it supposed to be !

You can watch Applying Warren Buffett’s Advice the message from Norman Hallet.

How do you limit your risk?